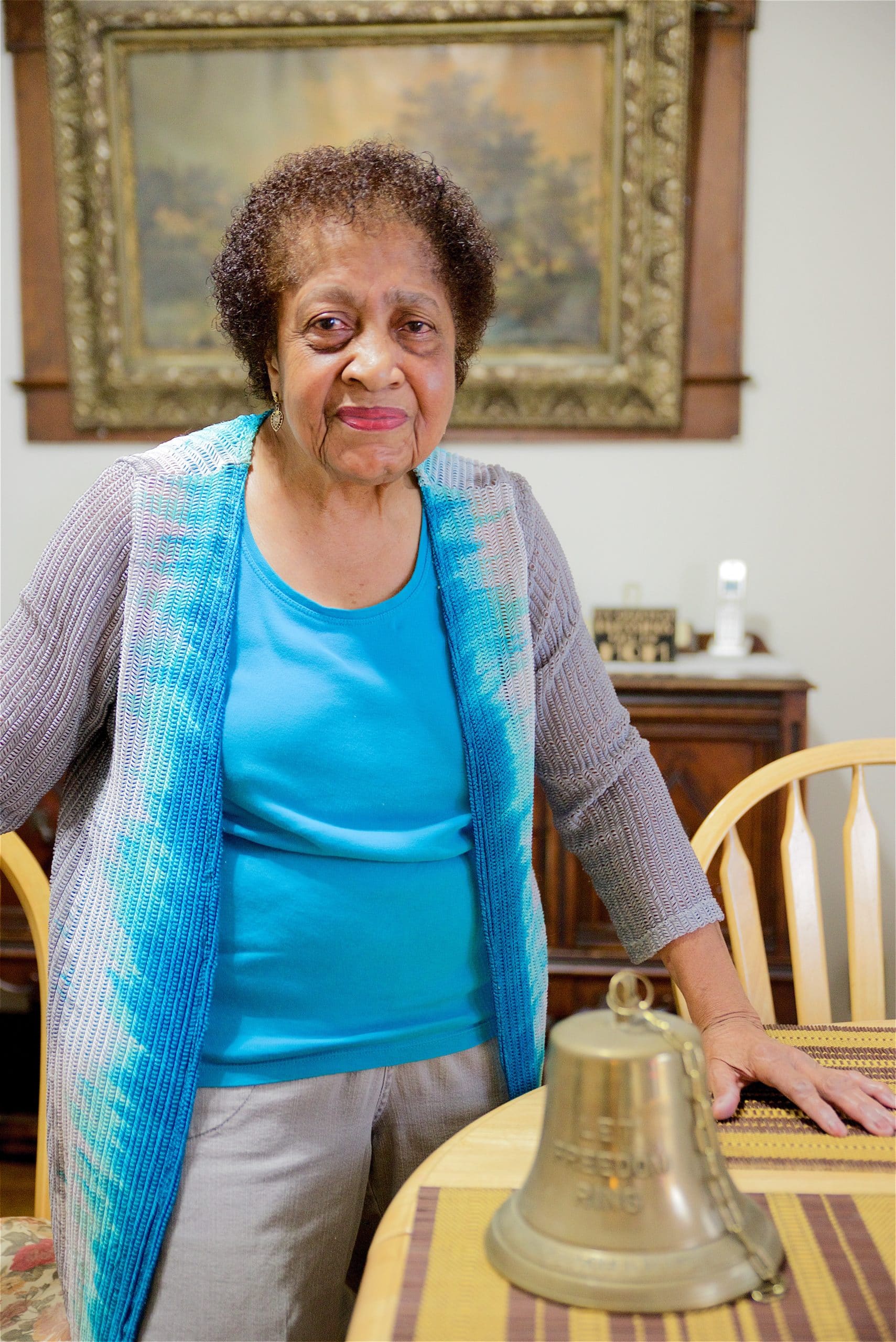 Jean marched with Martin Luther King in Washington D.C., was the first African American to work in the chemistry lab at Methodist Hospital, put two sons through college, has been chased by the Ku Klux Klan, met four U.S. presidents, crusaded with Billy Graham, and buried all seven of her siblings. At 87, she said she’s now starting to slow down.

“I was running good and strong until 85,” Jean said. “I was rippin’ and running, and I didn’t stop to think how old I was.”

Jean’s life is a colorful one. It’s one filled with passion and hard work, disappointment and humiliation, sweat and tears.

Her sons tell her it’s time to take it easy. She’s trying, because she knows she can’t do all that she used to. She’s thankful for CICOA’s Meals & More service.

“I really do appreciate all that CICOA does. I have arthritis in my hands, so some days I just don’t feel like cooking,” she said. “The meals really come in handy, and they are well balanced. You get a vegetable, a carb, a protein—everything you need in one meal. You’re not going to cook all that for yourself.”

“Oh my gosh, you’d be surprised how many people who are older who can’t get out, and it’s the only meal they have that day,” she said.

Plus, she appreciates having someone checking up on her a couple times of month when the meals are delivered. “The guy on my route…he knocks, and he won’t leave until he knows I’m OK. He’s always so nice and friendly.”

A lot of seniors don’t have family around to check up on them, she continued. Meals & More offers a bit of security for those who are homebound.

Jean knows a lot about caring for others. She spent the last 14 years caring for her last surviving sibling, a brother who died this year at the of 93. She’s also been the one to come running when someone needed help at St. John Missionary Baptist Church, where she’s been a member for 78 years.

Her sons have been telling her it’s time for her to slow down.

“It’s kind of hard for me to just sit down and watch ‘Murder She Wrote,’” she said.

A self-professed nerd, she graduated from Crispus Attucks High School in three years, then went to Indiana University where she studied math, chemistry and physics. She got a teaching degree, but when she realized she wasn’t cut out for making disorderly students obey, she took her knowledge and love for science to Methodist Hospital, where she became the first African American to work in the chemistry lab. There she conducted research and analyzed blood.

“When you’re Black and female, you have to prove yourself to everybody. Back then, the only other Blacks were in the kitchen and housekeeping,” she said. “I had to wear a white uniform, stockings and Clara Barton shoes, so people would let me touch them to draw blood.”

Not everyone was accepting. She was called names and humiliated, but she kept going.

A single mom, she took in laundry and ironing to help supplement the $3.12 she made at the hospital. She worked there 10 years, then got a job at Winona Hospital’s lab, where she worked for 25 years. At night she baked cakes, which she sold at the hospital to make extra money.

She wasn’t shy about standing up for herself and what she believed in. She went to political rallies and also collected autographs.

“I’m an autograph hound. I’ve met four different presidents,” she said, rattling them off and the places where she met them. John F. Kennedy, Jimmy Carter, Ronald Reagan, Bill Clinton.

She also marched for Civil Rights at the White House in 1961 with Martin Luther King, Jr. She brought home a Freedom Bell as a symbol of her fight to make the world better for the next generation. She recalls being chased by the Ku Klux Klan in 1974 in Greenwood.

“My mother was so scared,” Jean said. “She just knew I’d get killed.”

She retired from the Indiana Blood Center in her 70s. She sold windows and doors on the phone for NuSash until the company closed, and then started working at a daycare rocking babies and changing diapers.

“I’ve done whatever it took to survive and made sure both my boys went to college. And I helped a lot of people along the way,” she said.

She’s glad she has CICOA to ensure she’s getting the nutrition she needs, because chances are, Jean won’t sit still for long.