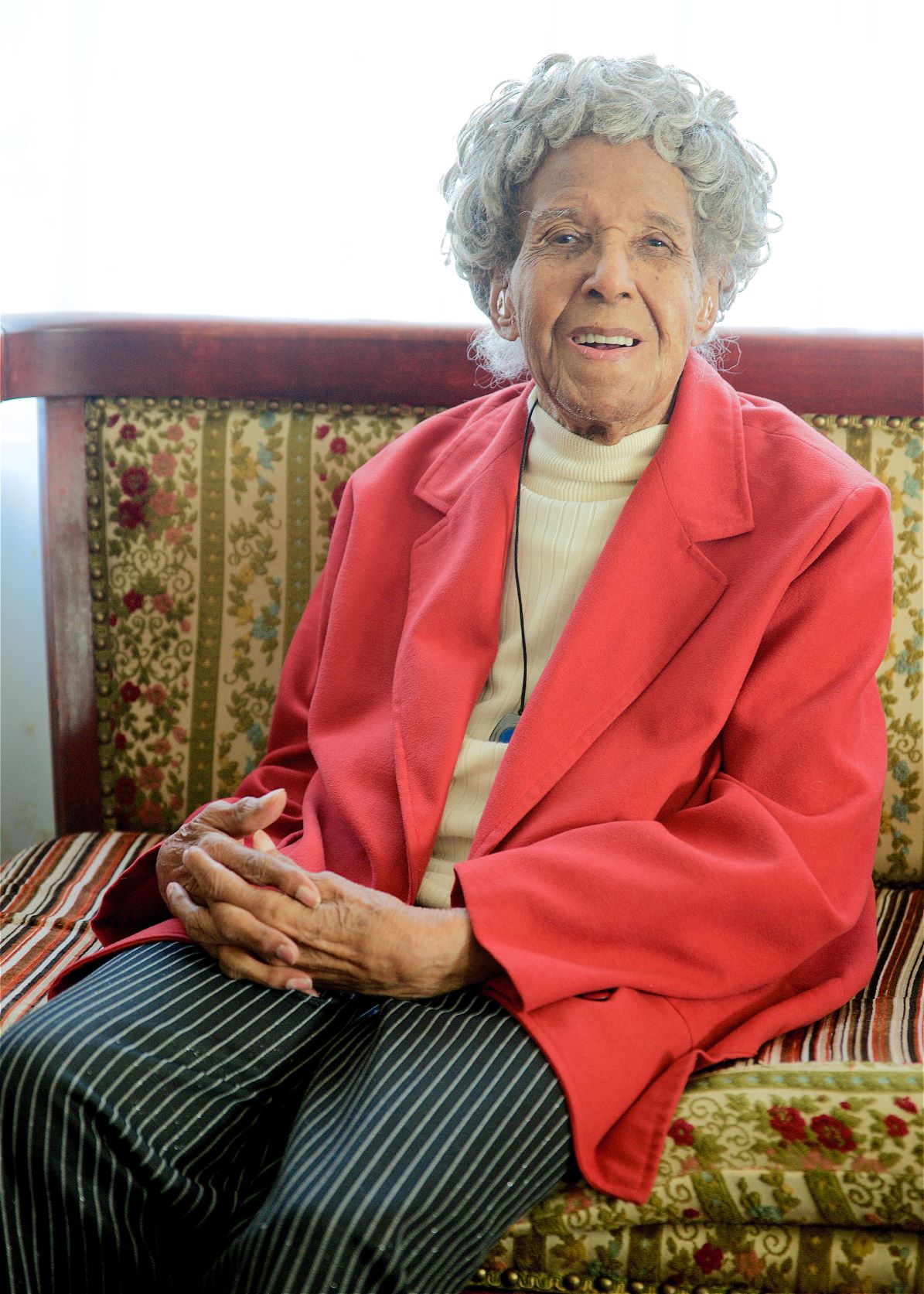 Want to know the secret to aging? Be good. That’s how Bernice Bohannon has tried to live her life. It’s what makes her happy. The mantra has served her well. She’ll celebrate her 109th birthday on March 14. She’s planning to make brownies for relatives who’ll be coming from out of town to help her celebrate.

Yes, at 109, Bernice still gets around her tidy Indianapolis house with the help of her walker. She’s surrounded by a lifetime of treasures and memories. She’s also quick to give advice on how to live a long and healthy life:

“Just be good. Love everybody,” she says. “Don’t go out at night and do all that stuff. Stay home.”

Campbell stays over night with his grandma, explaining that he comes from a family who takes care of one another. A cook, he learned his way around the kitchen with his grandmother and often makes the caramel icing cake she loves.

“It’s a yellow cake with special ingredients,” Campbell said. “She used to sell her baked goods. She was always doing something.”

Growing up, she wasn’t shy about handing out marching orders, either. It’s how Campbell learned his work ethic.

“Do it right the first time. That’s what she always says,” Campbell said.

While Campbell stays the nights with Bernice, CICOA provides an aide to help out a few days a week. Bernice knows moving is important to staying healthy, so she gets up several times a day just to walk around. While Bernice would prefer to cook her own meals, her doctor (and her family) don’t want her in the kitchen alone. CICOA provides meals through its Meals & More program. Her aide and nephew bring her an occasional White Castle hamburger with everything, except mustard. Mostly, she prefers fresh foods she can make herself.

“She’s 109 and doing just fine. I came over the other day, and she was knitting a hat,” said her nephew Ken White, who takes her to doctor’s appointments, runs errands and helps around the house. “Her blood pressure is probably better than anyone here.”

Bernice likes to keep busy. A self-taught seamstress, she used to sew nearly all her own clothes, too many quilts to count and even fine furs when she worked at Schamberg’s Penn Furs in Indianapolis. Mostly, she made money doing alterations out of her home, while she watched over her two sons and daughter. All three are deceased.

Bernice grew up on a tobacco farm in Kentucky, the youngest of 10.  She was only 16 when she married Buford Bohannon. A month later they moved to Indianapolis. Indianapolis seemed like a strange place to Bernice. She couldn’t believe there weren’t tobacco fields. The couple made their life here, though.

She remembers the first house they bought. A little three-bedroom on 15th Street they snatched up for $35, including all the contents. Buford was a molder at Peerless Foundry until he was blinded by an explosion at work, and Bernice became his caretaker. He later got a job at the Indiana Blind Agency. Buford died of cancer in 1980. He was 80.

During their 54 years together, they shared a lot of memories and traveled around the country, mostly by car, although Bernice never learned to drive.

“He (Buford) tried to teach me how to drive, but I threw up in the car. I said, I’d better go back to sewing.” She never got behind the wheel again.

Of course, growing up there were no automobiles; rather, her family had a buggy and surrey.

The Secret to Long Life Is Being a Good Person

Bernice hopes that when her time comes, she’ll be remembered as being a good person. Her nephew calls her a saint. She used to visit the elderly and sick from her church, Bethel African Methodist Episcopal Church, but she gave that up about three years ago. She also used to make clothes for people in Africa.

“I love helping people,” she said.

Family from near and far will be in Indianapolis this weekend to help her celebrate her 109 years. She’ll be ready for them and will offer them up some of her brownies.