Care Managers Make a Difference, Even When It Seems Impossible 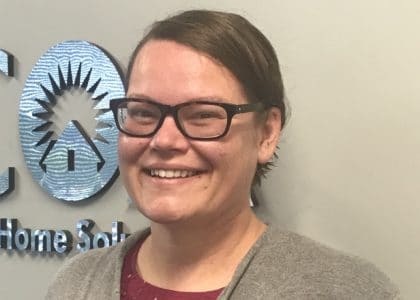 The role of care manager is important. It’s also a role with no concrete job description, and that is one of the aspects that I love most.

A Client in Need of Compassion

I had a client, Jimmy, who was a bit of a salty character with no friends, no family and new to case management. He called me every name in the book at least once and even unofficially fired me a few times for not returning his calls within a 30-minute window. It was hard to keep a caregiver with him in the home. He ended up trying multiple home health agencies, and he fired all of them, too.

Several months ago, Jimmy received three terminal diagnoses and was told he had about six months to live. After receiving that news, he called me. I was in another home visit at the time, so he called my supervisor. It was then that I realized he had nobody to talk with but his CICOA care management team.

I returned his call later that day and talked to him for about an hour. He first spoke about how worried he was to be alone at the end of his life and how much he wanted companionship.

Before he died, Jimmy also said he wanted a woman to make him “a home-cooked meal, preferably steak and a baked potato.” He then added, “I don’t even care if that woman is you.”

I may have rolled my eyes a bit, but I thought, “Sure, that’s something I can do.” So I cooked and delivered to him a steak, baked potato and green beans.

I got a voicemail from him late that evening saying, “I choked on your steak. EMS came. It was bad.” When I tried to call him back, he didn’t answer – for a whole day. I’ve never felt worse in my life. When he finally called back, he said, “Oh, that was a joke. I was just calling to tell you the steak was good. Thank you.”

Jimmy was linked with hospice services later that week, and his health started to rapidly decline. His hospice nurse called me at 2:00 p.m. on a Friday. She told me that he likely wouldn’t make it through the weekend, and that I needed to find him overnight staffing for that evening.

That’s impossible, I thought. It’s hard enough to find overnight staffing anyway, let alone a few hours before you need it, and to find someone willing to come knowing that the client may pass away during their shift. I called his provider—too many times—but they finally found someone who could be there from midnight to 4:00 a.m. Better than nothing and much better than I had anticipated! I left for the day feeling like I hadn’t done enough, but happy he would have someone at least through part of the night.

I got a call from his attendant care provider the next morning saying that Jimmy had passed at 3:30 a.m., holding the hand of his caregiver. Turns out the 12:00 a.m. to 4:00 a.m. shift was just enough. Things rarely work out that perfectly.

I will never forget Jimmy and how his care team worked together to alleviate one of his biggest fears and make sure he wasn’t alone at the end. That is one of the amazing things about care management—to work with so many people with huge, compassionate hearts, even when the situation seems impossible. Every day, we make a difference.

Help aging seniors get the compassionate care they need

Give to CICOA today